Working for my Uncle in his beauty and barber supply store in McKeesport, PA.

“The Celestine Prophecy” by James Redfield

What did you do before joining Blueprint Technologies?

Xavier Peterson with his client, Celine Dion, during the announcement of her twins (2011)

I’ve been an entrepreneur for approximately 25 years. I’ve been in the service industry, fire systems, access control, low voltage installations and conduit, and I served in the in the U.S. Air Force after high school. After my active service, I started working on government contracts and moved overseas to live in the Marshall Islands, where I learned a lot about government contracting. That experience became the catapult to founding one of the largest companies I’ve owned.

I worked primarily with physical security, security guards and installation. In approximately 20 years of working in that space, we picked up quite a bit of government work. I’ve always been kind of a techie, so when I started looking at what I was going to do next, I started another company that was more in-line with government work and less reliant on labor. That’s when I started to really think about finding a new sector, and that’s when I began talking to Blueprint.

How do you think your previous career sets you up for success at Blueprint?

I’ve interacted with hundreds of customers fulfilling a wide range of demands, changes and needs. I can see that the customer is the top priority at Blueprint. I’m a willing participant.

What is the coolest project you've worked on (that you can mention)?

A long time ago I was asked by the governor of Nevada if I would help him with his security detail. Former Soviet President Mikhail Gorbachev was visiting the United States for the first time and was taking a tour around the country. He was doing a project involving the Saint Petersburg revitalization, and I was brought in by the state of Nevada to be his escort the entire time he was in the state. I had worked with A- and B-list celebrities, but the specialness of working with President Gorbachev stands out. When I was a kid, he was the guy who was going to press “The Button,” and we had to hide under the table during bomb drills. And now I was standing next to the man, saying goodnight to him every night for a week. It was definitely one of the coolest experiences of my life because it had so many layers and emotions.

What makes Blueprint so unique?

Well, I’m just getting started, so for me it’s seeing how the company operates during a pandemic. I’ve never seen anything like this. I would normally think I would feel displaced, like an outsider, like someone who really is stuck out in Alexandria, but every day I feel totally connected to the company, and that’s not easy to pull off. It’s not just Teams calls, people direct message me and introduce themselves to me. Even when you’re going through the orientation process, you can clearly see that this company is connected from the root up, built to take on almost anything.

What do you like to do in your free time?

I am a huge music fan. I love life and I love live music. I enjoy going to concerts in other cities, states and even other countries. Whether it’s blues, jazz, rock or hip-hop, I just like music and more importantly, live music. Here in Washington D.C., I tend to go to a lot jazz clubs or live music venues (when they were open). There’s pretty much always something I’m doing. I also like learning new things, so my newest venture is learning Spanish. I’ve got Spanish flash cards on my coffee table, and I’ve got apps on my phone that help me learn the language. I think this is a great time to pick up a couple of languages.

What is the best live music event you’ve ever been to and why?

I’ve seen Prince live 22 times from 1984 -2013. I was stage right at the 1998 Vegas show when he sang “1999” after the New Year struck. Nothing compares to that moment. I’ve also stood stage left for Gary Clark Jr., which was epic, and I sat front row for Taylor Swift, Justin Timberlake, Janet Jackson and Andrea Bocelli.

Typically, I will take care of dry cleaning and grocery shopping on the weekends. I love to go out and walk. Sometimes I’ll walk two hours away from my house and just keep going north and then I’ll turn around and head back. I do that pretty regularly. Even though they’re closed now, I would hit the museums regularly. I walk rather than jog because I just enjoy seeing and hearing people the most.

If you were stuck in an elevator for five hours who would you want to be stuck with?

Prince, my mother and whoever is the sitting U.S. President.

Who has had the biggest influence in your life?

I’d have to say my Uncle Pep. He was a business owner and bank president when I was growing up. He had an accounting degree and was a former military guy. He left the bank, when everybody thought you just didn’t leave a bank, to start his own company. He’s owned convenience stores, gas stations, trucking companies, rental properties, cattle and horses. He seemed to always have options that nobody else in the family had. It was because he was an entrepreneur. He saw things that nobody else saw, and he was the first visionary I knew who actually said, “I’m going to do things that you don’t see.” He was the one that showed me that that’s how you live. 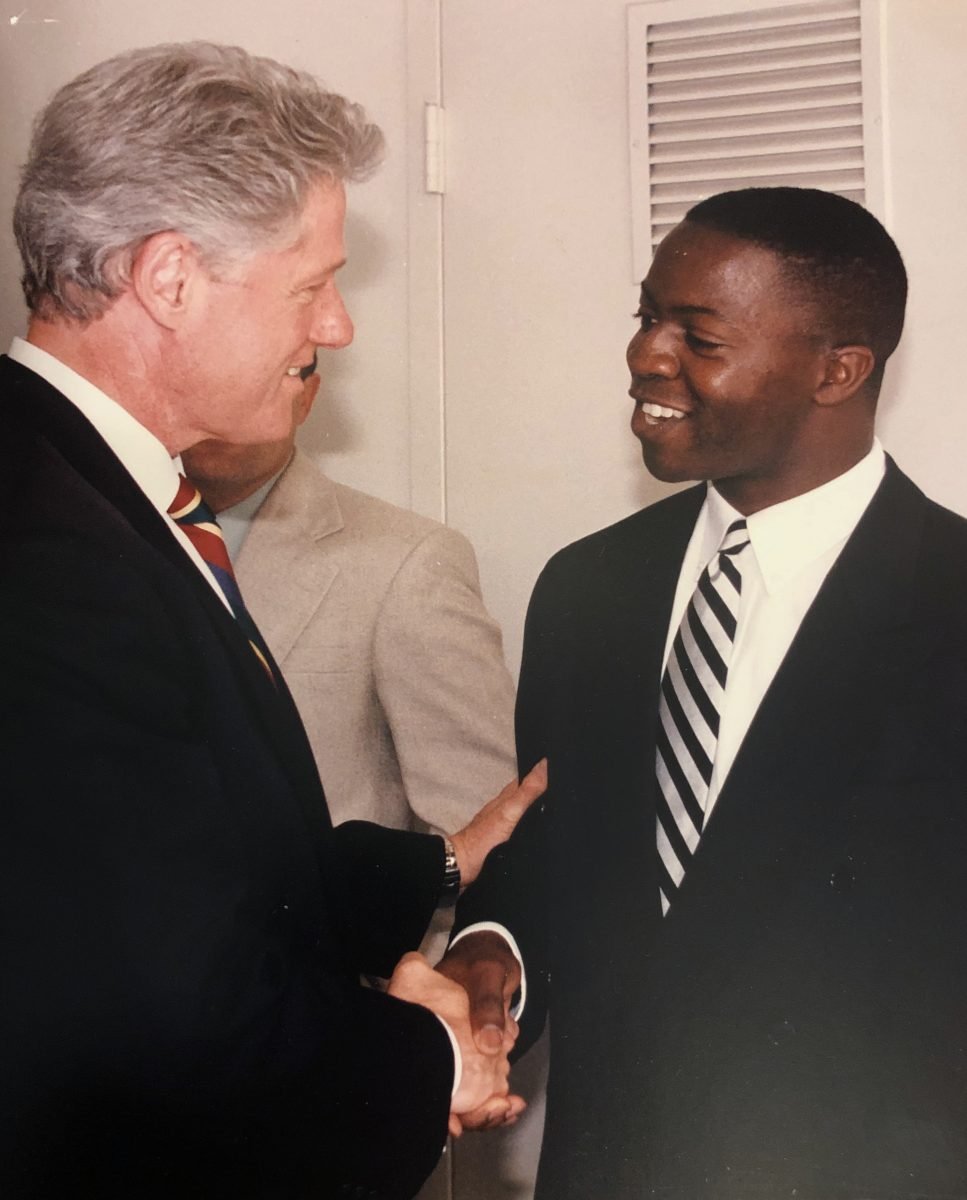