Skylar Barrett finds connections with everyone

Skylar has built a career from his desire to work with and get to know people – focusing less on what industry he was working in than on the relationships he builds along the way.

A semester at sea traveling to 14 countries with 700 other students from around the world shaped much of who Skylar Barrett is today. While only a sophomore in college, this experience exposed him to new cultures and people, and made him realize he wanted a career that would allow him to continually meet new people and learn what makes them who they are.

Skylar has built a career from that desire to work with and get to know people – focusing less on the industry he works in than on the relationships he builds along the way that allow him to identify and motivate people to reach their potential.

“I see people for people and love to find connections with everyone,” Skylar said. “I connect on an individual, personal level with everyone I meet, so I can build mutual trust and commitment, which in the workplace is essential not only to grow as a leader myself, but to identify leaders in those around me.” 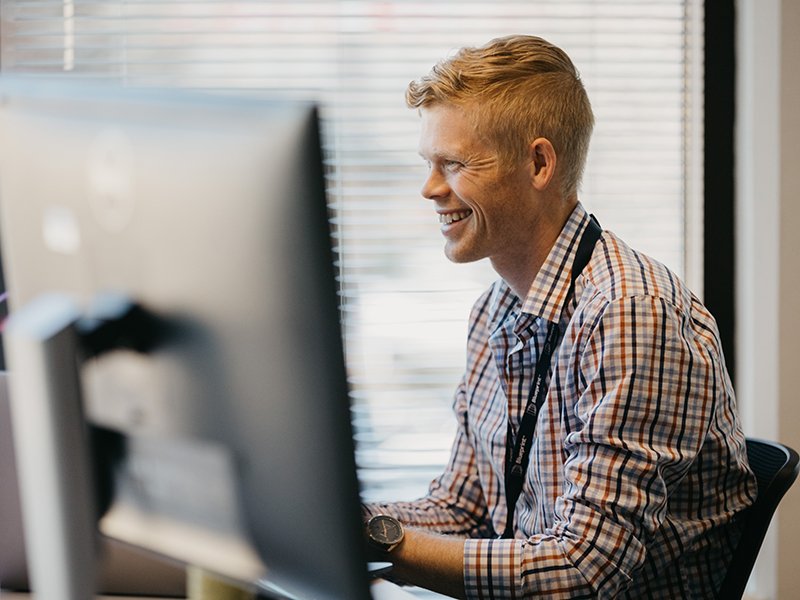 In January 2020, Skylar became the Blueprint Technology’s Director of Solutions Delivery for the Pacific Northwest region, where he directly impacted the build out of the delivery management team. Most impressively, he has hired or promoted 12 employees to managerial positions on the internal delivery team, giving Blueprint a foundation for continued success and future growth in the region.

Mastering his craft didn’t happen overnight, though. After graduating college with a business administration degree, Skylar joined Boeing as an industrial engineer in Washington. He quickly moved into supplier management where he ended up working as part of the negotiations team for multiple billion-dollar deals. Initially thinking he’d be at Boeing his whole career, Skylar took part in Boeing’s leadership development program. However, he quickly realized that although he was thankful for the foundation he built at Boeing, he had ambitions that meant taking his career into other industries.

With some great experience working with suppliers and vendors from all over the world, Skylar joined Blueprint Technologies’ solutions delivery team in Nov. 2017 – even though he had no experience in technology.

“Any time I’d work with a new supplier, I’d have to learn what they made and their engineering process,” Skylar said. “It set me up for success at Blueprint because technology is no different. Instead of mechanical and system engineering, I was talking about software engineering. It is basically the same process, I just had to learn new terminology.” 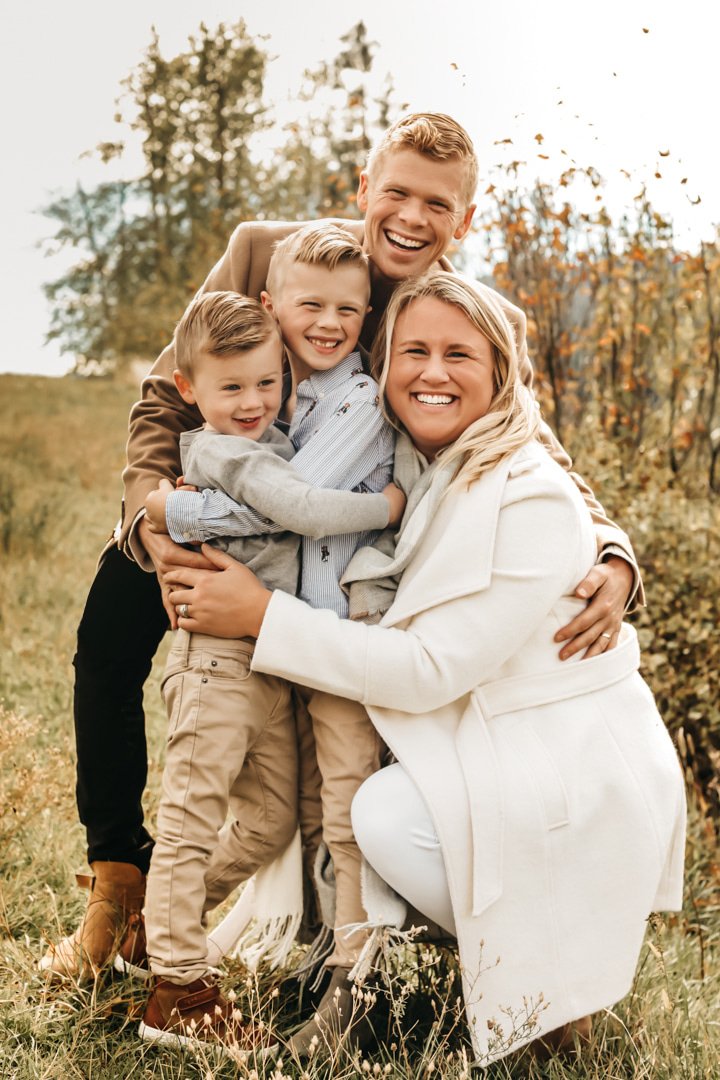 Skylar with his wife, Ashleigh, and their two sons.

Joining Blueprint, Skylar was immediately tasked with expanding the company’s presence in the oil and gas industry in the South Central region of the U.S. Often traveling several times per month, Skylar recruited talented, quality individuals that over a two-year period grew into 40 developers in Oklahoma and Texas broadening Blueprint’s footprint in the area.

Skylar brings an infectious positivity and excitement to work every day, and he attributes that to the joy he finds in his faith, family and especially in his wife, who provides the constant encouragement he needs. That joy shows in the steadiness Skylar brings to all situations and in the energy he brings to his team, where he’s found direct communication and a positive attitude make a big difference in company culture and productivity.

It’s that attitude and the love Skylar has for identifying and growing leaders, his ability to build relationships with anyone and his strong background working with partners across the globe that represents the experiences and the diversity of thought Blueprint looks for in its employees. The way he approaches his work and the challenge of building out new teams has had a profound impact on Blueprint and its clients, particularly in the South Central region.

“I love working with people and helping take their vision and make it a reality,” Skylar said. “I like to be a jack of all trades and a specialist of none. At Blueprint, I feel like I found the perfect company where I’ve been empowered to do just that.”