You were born and raised outside of Seattle – what was that like?

I grew up in Sammamish, Washington, with my parents and my younger sister. We lived in a neighborhood with a ton of kids our age, so there was a lot of bike riding, rollerblading, and yard games. The neighborhood was next to some large woods and wetlands, so we built a lot of forts too. For most of my childhood, school was walking/biking distance, so we would all go together — unless I was late, which happened a lot.

When high school came around, I had the opportunity to attend a very small private high school, where I graduated with just over 30 other students. I stuck with small schools for college, attending Northwest Nazarene University in Idaho, where I got a bachelor’s in business administration with minors in economics and political science. After school, I spent a summer as a bartender and deckhand on a tour boat in Whittier, Alaska, before returning to Seattle to find a career.

What were you doing before you joined Blueprint?

I did not have a plan after graduation at all. When I got back from Alaska, I was trying to figure out what I wanted to do. I thought about going for an MBA, law school, or joining the Foreign Services. While I was trying to figure all that out, I found a temp job at James Farrell & Co. It was supposed to be just six weeks of export filing and documentation, but they offered me a full-time job. James Farrell is a global sales and logistics company for dairy ingredients, such as dried milk powder and bulk cheese and butter, used for things like baking, infant formula and food service by companies around the world. I was mostly in sales operations and contract management, but I wore a lot of hats, including production and inventory management, commodities trading, and financial analysis.

I did that for seven years, learned more than I thought possible, and had the opportunity to grow and take on more responsibilities. But I eventually wanted to see what else was out there. I left the company and began the hunt for my next big thing. Before finding Blueprint, I was hired to write a book about prostate cancer. It was a very random job that I was not qualified for, but it was truly fascinating in both process and content. Ultimately, I met someone from Blueprint who was building out the sales operations team and found my way here.

You've been at Blueprint going on five years — how has your work evolved?

I started at Blueprint helping our sales operations build out our CRM and sales processes and create a new support layer as the company expanded. A year into that role, I transitioned to the tech side of the house, helping our Solutions Architects stay connected to Sales and Delivery throughout the engagement lifecycle. That role grew into supporting our growing Product Marketing and Product Management teams. In those roles and the many others I’ve taken on, I have always supported our partnerships. I became the Director of Strategic Partnerships in the summer of 2021 and am focused on building deeper relationships with long-time partners like Microsoft and Databricks while identifying and establishing new relationships with fledgling partnerships. 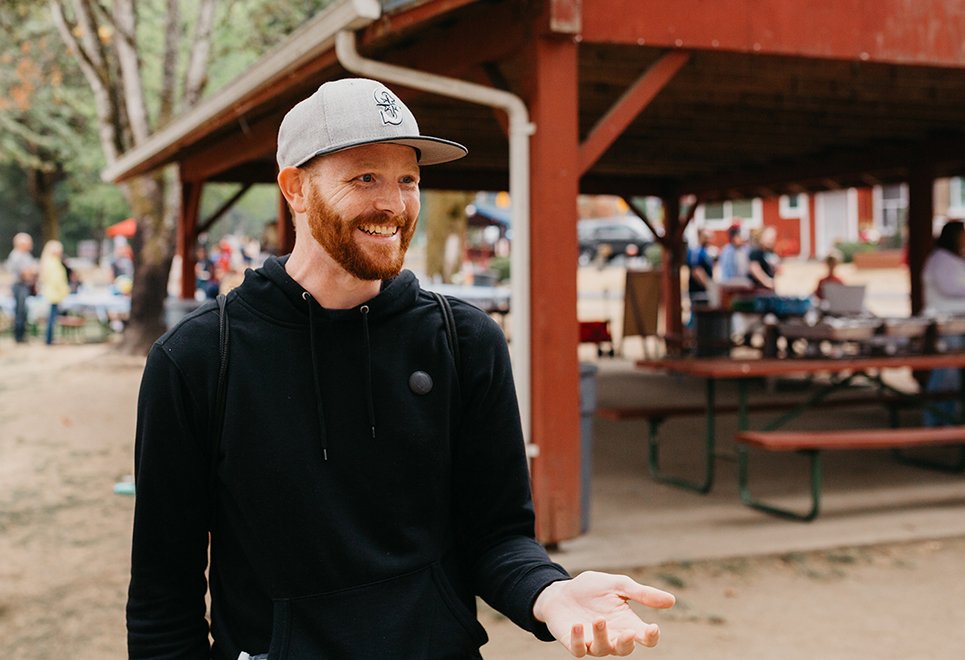 Ryan is one of the easily identifiable people of Blueprint with an infectious smile and constantly future-focused attitude.

Where do you hope to take partnerships at Blueprint?

Partnerships have been a part of Blueprint since day one, but it has never been a strategic focus like it is now. My goal is to figure out how partnerships can be a bigger part of the sales process, whether by bringing in new clients or making our existing client engagements more successful by partnering with other companies to bring in new ideas and technical expertise. I’m investing in growing the strength and breadth of the relationships we already have with partners and helping them understand the value that Blueprint provides them and their customers. I’m also looking for new partners. There are so many companies with technologies that complement what we do, which will make our solutions even more effective. I’m always looking for partnerships that allow us to add additional value for our customers.

Working at a small company, I learned how to get things done autonomously. I didn’t have someone managing my day-to-day activity and checking in on every little thing. I had to take the initiative and get the work done. That is very much the expectation and culture at Blueprint. Managers don’t look over your shoulder. They hire you because they expect you to figure out how to do the job – even if you haven’t done it before. Being comfortable in that type of environment definitely set me up for success. I also wore a lot of hats there. I did everything from internal financial analysis to logistics documentation to communicating with executives at multinational companies. All of that allowed me to walk into Blueprint and take on any task without being intimidated. 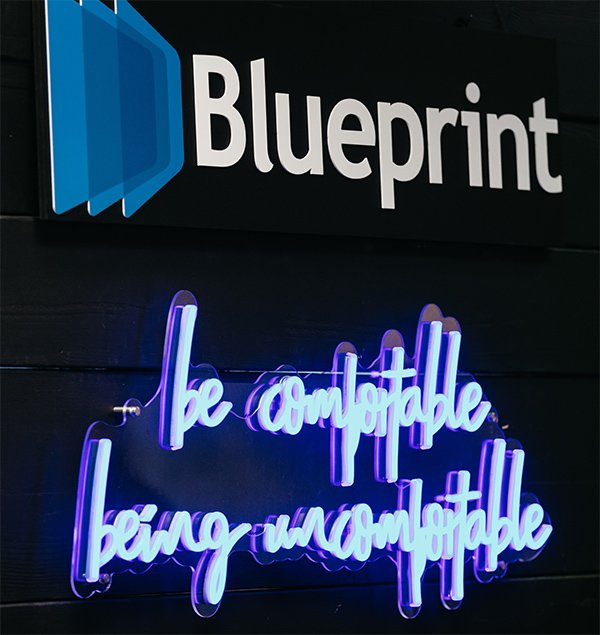 Ryan embodies one of Blueprint’s mottos, be comfortable being uncomfortable. He’s willing to tackle any challenge.

Was it challenging to join a tech company with no real tech experience?

Yes, absolutely – I had zero tech experience other than being born and raised on computers. I probably couldn’t have told you what the cloud was, so it was a steep learning curve, and, frankly, it still is. But Blueprint has a great support system of Solution Architects and other technical folks who are more than willing to help explain something. When I first started, I was helping draft a lot of RFP responses, statements of work and proposals – to write those, you have to understand a client’s problem and work with a solution architect to detail the work we would do to solve it, which was a crash course in understanding the technical side of what we do.

What’s kept you at Blueprint?

What motivates me and keeps me engaged is the opportunity for solid collaboration with some of the smartest people I’ve ever met. Ultimately the team you work with day-in and day-out is much more important than where you work and what position you have, to me at least. Blueprint’s culture and the opportunity to work with and learn from so many smart and fun people have made the last 4+ years a great experience.

What mistake did you make during your career, and what did you learn from it?

At James Farrell, we had a strange blind-bidding process for our largest cheese market. Each week, we would receive purchase offers from customers all at once, evaluate each against the market and then send contracts to all those we accepted. The nature of this process meant that contracts would be going out almost simultaneously, and different customers would have contracts for the same item at different prices. Early in my days at James Farrell – the first time I had to send the contracts – I accidentally mixed up two of them. It was a huge flub because competitors shouldn’t have known what items and volumes each other was buying or the prices they were buying them. Luckily it was not catastrophic, and they didn’t fire me. But it was an embarrassment for the company. The lesson here was to always take the time to double-check what is in an email and to whom it’s being sent. A few seconds saved moving quickly are never worth it.

If you didn’t end up at Blueprint, what career might you have gone after and why?

I really love to travel. I would definitely have reconsidered Foreign Service or law school for international law. I believe one of my greatest strengths is creating clear lines of communication. I love helping people find a common language and setting clear expectations and intentions whenever there is conflict. My younger self wanted to travel around the world, solving problems and building stronger connections between people. Or maybe I just wanted to be a travel writer and not deal with all that.

So, you play wiffle ball?

Yes! It started because my friend and I were all sharing videos of the MLW (Major League Wiffle Ball), and then at the start of Covid, we were all itching for something outdoors that was socially distant. Wiffle ball is way more complicated and fun than people think. When a baseball pitcher in the MLB throws a slider, for example, it moves 2-8 inches horizontally across the plate. When a pitcher throws a wiffle ball slider, they can get it to move 2-4 feet side to side. And you can get that movement in any direction. So, my friends and I started meeting at a park and seeing if we could figure out how to throw like that and then hit against it. The group grew pretty steadily, and we played at least once a week for a year and a half straight – all the way through the dead of winter. It has kept me sane through the pandemic.