Refusing to be boxed in, Bobby Huang forged his own path

Bobby’s integrity and desire for simplicity in every solution directly impacted Blueprint’s roadmap for the development and marketing of Conduit. He was the driving force behind all the customer feedback loops, market research and hands-on-demos that made Conduit the successful product it is today.

Arriving in San Francisco from Shanghai at age 8, Bobby Huang walked with a stranger to baggage claim in search of his mother. Just in case she wasn’t there, though, her phone number and address were written in permanent marker across his shirt. 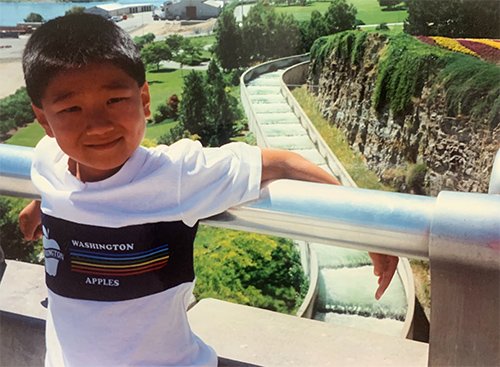 “My dad wrote it on my T-shirt like I was a UPS parcel,” Bobby said.

Bobby’s mother had been living in the U.S. for two years, boarding with 10 to 15 other immigrants, living in a closet and earning less than minimum wage. But that life held more promise than the one Bobby faced in China with his father, a liberal arts professor who had been placed under house arrest in 1989 following the Tiananmen Square protests.

Life at home with his mother and stepfather became difficult as a teenager. At age 16, when the family was in Washington for the summer, Bobby announced he was going to stay there and live on his own. Over the next two years of high school he worked at the Gap and a movie theater to get by, which led to a drastic drop in his grades. While he was able to graduate, he didn’t get into Western Washington University in Bellingham, where he was living.

He started working at an AT&T kiosk in the mall because the company offered $5,250 a year toward tuition, which was almost enough to cover books and tuition in 2001. He couldn’t have known it then, but that job was a precursor to a 15-year stint with another telecom giant – Bellevue-based T-Mobile, where he started in 2004.

Bobby attributes that journey to his general outlook on life: Always looking forward and figuring out how to be of the most use to an organization, while constantly learning.

After earning his MBA in 2009, Bobby landed a position at T-Mobile’s corporate headquarters on the corporate development team. There, Bobby learned about financial forecasting, strategic asset evaluation and business case development. He continued to grow and flourish, eventually leading the reporting and analytics team in T-Mobile’s national retail division before transitioning to strategic transformation and then accepting a role to lead Retail Distribution Strategy.

“We live in the Northwest with a ton of technology companies in the area, and I felt like it would be bad for my career if I didn’t take advantage of it,” Bobby said. He had been living in the South Lake Union neighborhood in Seattle and saw Facebook, Apple, Google and Amazon grow up around him. “I knew I needed to figure out a way to understand what the cloud revolution was all about and find a way to have some part in it.”

That determination led Bobby to join Blueprint as the Director of Product Marketing, serving as the hub between marketing, product development, customer feedback and research. From his time in the telecom, finance and real estate sectors, Bobby has gained a diverse perspective and an ability to distill complex problems into cohesive, workable solutions.

“I try not to be one-dimensional. In the corporate world, it’s very easy for people to put you in a box,” Bobby said. “I try to stay open-minded to new experiences and problems. I like to be the bridge between the technical and, for lack of a better term, the masses.” 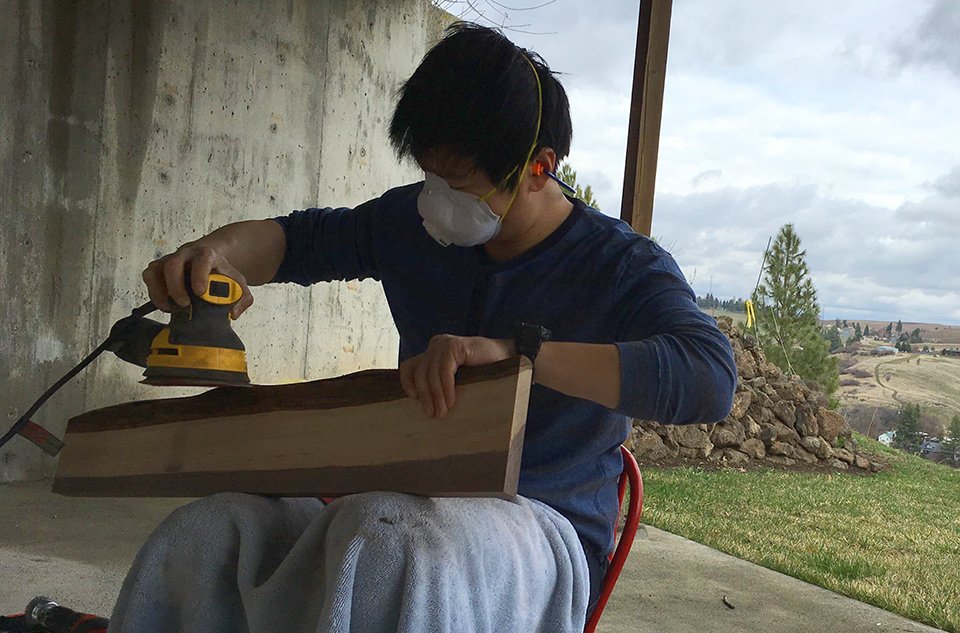 Bridging the gap between technical skill and analytical decision making, Bobby fuels his creativity with woodworking.

Bobby’s unique background and outlook on technology make him a true thought leader at Blueprint. His experience has guided the evolution of Conduit, Blueprint’s lightweight data virtualization tool.

“In the data virtualization space, you’ve got one major company that completely dominates the industry and as usual in a near-monopoly, provides a very inflexible product and charges exorbitant fees,” Bobby said. “We built Conduit to provide the complete opposite that. With Conduit, we provide personalized service and customized features, and we do it all for a fraction of the price. That strategy is straight from the T-Mobile playbook.”

Bobby’s integrity and desire for simplicity in every solution directly impacted Blueprint’s roadmap for the development and marketing of Conduit. He was the driving force behind all the customer feedback loops, market research and hands-on-demos that made Conduit the successful product it is today.

Blueprint believes it is this type of diversity of thought that fuels success. Building teams of people with diverse professional and personal backgrounds is a key to Blueprint’s ability to build optimal solutions to any problem a company has.

“In the tech world, there are a million ways to solve a problem,” Bobby said. “It’s the solution you choose and how you execute that make all the difference. Teams with different experiences and backgrounds just solve problems differently and more successfully than less diverse groups.”