Melissa Benton’s father worked at Boeing, until retiring at age 67, and her mother ran a Hallmark store. For a while, the store rapidly cycled through employees, affecting the customer experience. Melissa recognized the immediate change in atmosphere once the store hired employees that wanted to be there and loved customer service – something not common in a retail environment.

“I started to see even as a kid that it was the people, the culture that they create and having the right people in the right roles that could really make or break a business,” Melissa said.

At 12 years old, Melissa’s mother gave her a card with a Henry David Thoreau quote inside that Melissa has kept with her since.

“If a man does not keep pace with his companions, perhaps it is because he hears a different drummer. Let him step to the music he hears, however measured or far away.”

Always reminded that there is more than one way to solve a problem and that everyone’s unique perspective and path makes them who they are, Melissa has made a career of understanding the diversity people bring with them to any employer. She loves finding the best way to utilize their individual talents, discovering the best combination of people, process and procedure for a company.

Melissa started at Blueprint in January 2020 as the Managing Director of Operations. Recognizing quickly that Blueprint would benefit from having a leader across multiple departments due to the company’s pace of growth, she recommended bringing on a strong leader to sit between the top executives and the heads of each department. Blueprint’s executive team quickly identified Melissa as the perfect candidate to take on that role, and she became Blueprint’s Chief of Staff in March 2021.

Melissa always wanted to be in business. She originally set out to work internationally, double majoring in International Business and Spanish, traveling extensively throughout college. After meeting her now husband in 1997 while at college in Iowa, she pivoted, taking a Human Resources position with a roofing company – a move that ultimately set her up for success for her career. 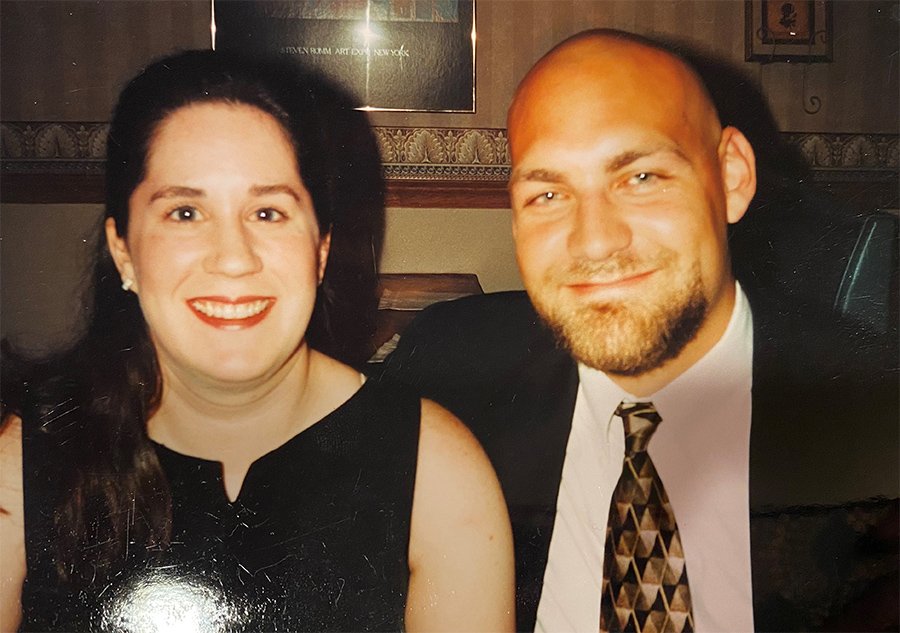 Melissa and her husband, Adam, in college where they first met.

The company hired a lot of Spanish-speaking individuals, who often are seasonal, temporary workers. But Melissa was surprised because the company did not have a “turn-and-burn” culture. They had an environment their employees enjoyed, keeping them around long term. Here, Melissa realized that being in Human Resources put her at the center of bringing on the individuals who create the culture, ultimately creating the company.

“Having the right person in the right position – that’s when the magic happens,” Melissa said. “It’s the perfect place for my inherent personality that loves to understand what makes people tick, what excites them and how we can create a successful partnership.”

Going from roofing in Iowa to windows and doors in Washington, Melissa started in HR at Quantum Window’s & Doors in 2003. She spent 16 years at the company, the last five of which were as the President. 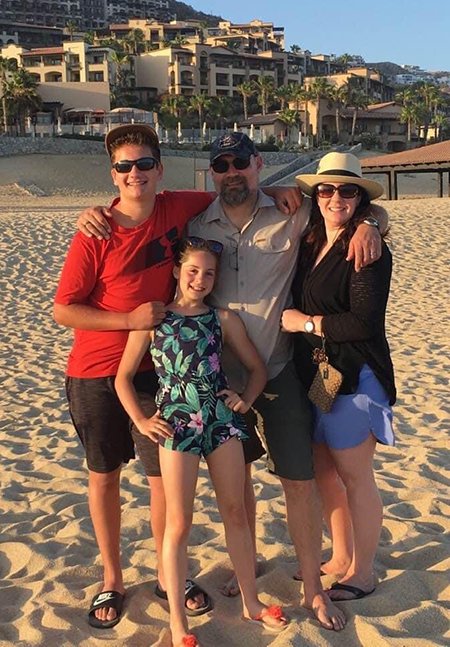 Melissa and her family on vacation in Cabo San Lucas in 2019.

“Working at Quantum was the experience of a lifetime,” Melissa said. “I was able to work in nearly all facets of the organization – from HR to Client Services to Engineering and Operations. I saw every day how things can fall into place when they are executed correctly by the right people.”

That experience solidified Melissa’s ability to step into any situation and be able to see the big picture –how all the pieces of a company fit into place, including what may be falling down that needs to be restabilized. Her ability to identify the right people for the right positions and operationalize everything from people to processes to procedures is the unique diversity of thought that Blueprint looks for in all its employees.

In preparation for its 2021 and 2022 goals, Blueprint’s leadership team has been working diligently to ensure the company has the right structure in place to empower rapid decision making in each department, accelerate speed to market for services, solutions and solution-enabling products, and provide standardization and repeatability of the “Blueprint Way.” By funneling all departments up to Melissa as the new Chief of Staff, the teams will be able to work together seamlessly and strategically to deliver Blueprint’s offerings in a more standardized way while also improving the company’s services and solutions.

“Blueprint is such a different business from where I’ve worked, but I think many people take a business and make things overly complex,” Melissa said. “I really believe that in a lot of circumstances, simplicity is the answer. I am not an expert in tech … yet. But I don’t need to understand everything about technology to understand the way the business operates, and I’m excited for our future.”