Marc Antunes hasn’t always been a technologist. In the past, you might have found him in a jazz club in a New York City basement or investigating white-collar crime in South America. Today, he’s focused on one thing: driving transformational technology innovation.

Blueprint strives to bring employees with a diversity of thought, experience and background to the team to broaden the perspectives, ideas and innovation it shares with clients because that diversity fuels success. Marc’s creativity coupled with his world-traveled and empathetic character has made him instrumental in establishing Blueprint as a partner of choice in the energy sector. 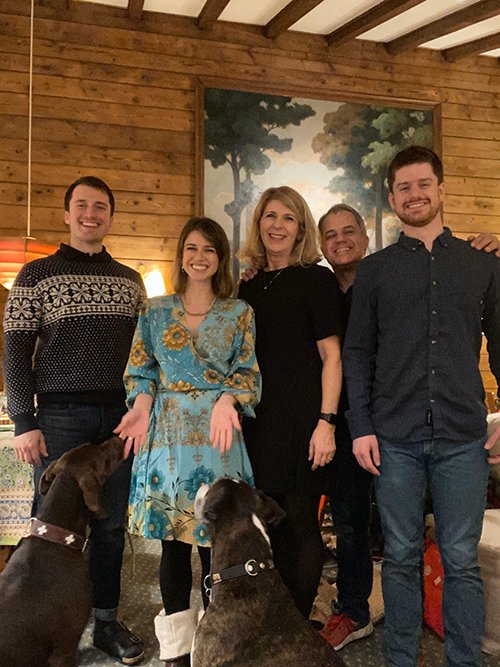 Born in Miami to Brazilian-German parents, Marc grew up speaking German, Portuguese and English. His parents moved a lot when he was growing up – Marc lived in Bogotá, Berlin, São Paulo and Dallas before moving to Paris, where he finished high school.

In Paris, Marc was a member of a small jazz band, and after some success on the local Paris music scene, he decided to study music at the University of Leeds. There, Marc’s passion for music only grew, so after a year, he went to what he considered the jazz capital of the world – New York City – where he worked for a music blog and wrote reviews on jazz shows while attending the New York University. Pivoting Marc majored in philosophy, and after graduation, he set out for a job at the Brazil office of Control Risks, a risk management company.

“I needed to earn money, and unfortunately there weren’t any philosophy factories hiring,” Marc joked. “I came out of school passionate about logic and ethics, so consulting on corporate ethics seemed like something I could get excited about.”

At the time, the risk management industry in Brazil had started to adopt technology-based approaches to resolving white-collar crime investigations. Marc found himself learning to collect, process and analyze large amounts of data from corporate systems to identify indications of fraud and corruption. His interest in technology was piqued. He saw how technological innovation could be used creatively to solve traditional problems in more effective new ways.

Marc went back to school to get an MBA and then landed a job as a consultant, servicing a major restaurant and entertainment company, where he worked with technology product teams to create an agile culture encouraging creative approaches to product innovation and delivery. In practice, that meant working with product teams to deliver minimum viable products to users quickly and iterating on those products regularly.

“While I may not have specific technology training – I am a learn-by-doing type of person,” Marc said. “I love to get my hands dirty, and when I’m working on something new, I try to take courses and read books about whatever I’m working on, so I can make sure I’m delivering high-quality work.”

Marc truly does whatever it takes to get a job done. By title at Blueprint, he is an Engagement Manager. In practice, he’ll play whatever role he needs to in order to deliver quality work quickly. He’s found himself wearing the hat of the scrum master, business analyst, account manager and likes to put his hands on the keyboard to build real, tangible tech products. That go-getter attitude coupled with his ability to think creatively and work with anyone set him up for success at Blueprint.

During his time at Blueprint, Marc grew a small project team into a large data estate modernization program at one of the largest oil and gas companies in the U.S. This work transformed the company’s IT department into a truly cloud-driven organization that empowers the business with fast, actionable data insights. Marc’s background has allowed him to approach problems from a different perspective and engage with clients in a unique way, always focusing on the big picture and connecting with every level of individual, from developers to the CIO. 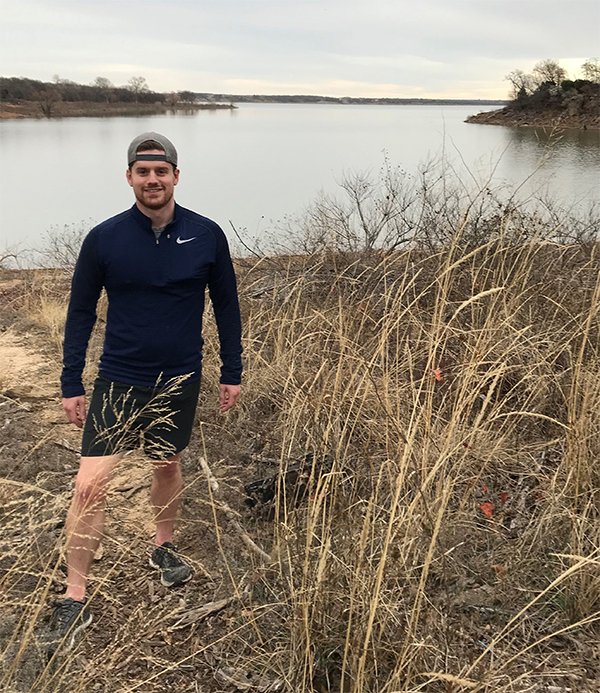 Marc likes to run 3 times a week. Dirt trails are his favorite because “they’re a whole lot more fun.”

Moving around a lot when he was young allowed Marc to meet people with widely different world views. He said this helps him empathize with people and clients who have different opinions and ways of thinking about problems. This diversity of thought enables him to better identify with clients and build authentic relationships with them.

“You really have to walk a thousand miles in someone’s shoes to see the world the way they do.” Marc said “If you remember that, you’ll be better able to understand and empathize with people. That’s how you build connections with people that help you find real solutions to their problems.”