Gary Nakanelua learned how to figure it out

Gary Nakanelua learned to live by that motto at an early age. Growing up, rather than buy something off the shelf, his father would often work with Gary to figure out how they could make it themselves. His father was a mechanic and encouraged tinkering.

“It wasn’t necessarily about frugality,” Gary said. “It was more about the belief that we could figure it out and do better.” 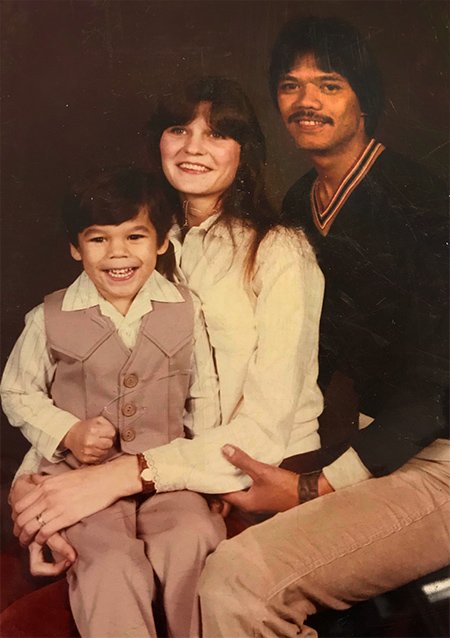 Gary with his mother, Donna, and father, Gary Sr. who encouraged him to tinker and build.

That belief led Gary and his father to build everything from skateboards and go-karts to furniture and home décor. One year, they even created 4-foot-tall lit Christmas decorations to hang outside their house during the holidays.

“Every year, people would stop by and offer to buy them from us,” Gary said. “But my father never accepted…it was our thing.”

As one of Blueprint Technologies’ early employees, Gary’s “figure it out” attitude and focus on innovation added to the culture of creative problem solving that led 425 Business Magazine to name Blueprint one of the area’s most innovative companies. Initially hired to develop solutions in UI/UX, Gary quickly worked his way up the ranks fueled by his desire to find the best solutions to the most complex business problems. He even spent time in client development to better understand how clients can work best with technology teams.

“It took me out of my comfort zone, which is where growth happens,” Gary said. “Doing the same thing every day narrows your perspective. Stepping into sales for a time allowed me to look at the world differently.”

Now, Gary can often be found tinkering in the innovation lab, finding new solutions for the most challenging problems businesses face. As the Managing Director of Innovation, Gary and his team are always looking for new ways to solve real problems by immersing themselves with clients.

“Whenever a company says something like, ‘We don’t know if this is possible, but…’ that’s my cue to figure out how to make it possible,” Gary said. “People can get wrapped up in best practices and how things are ‘supposed’ to be done, or how they’ve always been done. I don’t care about any of that – I care about the problem that they’re trying to solve and finding a new and better way to solve it.”

Gary didn’t always want to be a technologist. In fact, during his time at Western Kentucky University, he changed his major four times. Initially, he wanted to be a mathematician due to his fascination with non-linear dynamics. Then he switched his major to social anthropology because he was interested in human interaction. Next was music education, but while he loves playing guitar, Gary realized he was “grossly underqualified” to make a career out of it. Gary’s fascination with the interaction between humans and computers eventually won out and led him to attain his degree in computer-human interaction.

While his father served in the Army, it was not initially Gary’s intention to join himself. His parents encouraged him to go to college, and Gary was the first in his family to do so. However, to afford it, Gary joined the military straight out of high school. It was during his service where Gary honed his “figure it out” mindset.

“The Army has a saying: ‘adapt and overcome,’” Gary said. “It always resonated with me.”

After nine years in the military, Gary left and joined a well-known aerospace and defense corporation. As a man with a lot of new ideas, he soon became discouraged that innovative concepts were rarely explored, so he transitioned to the private sector. After starting two companies with his brother and working for a couple of other firms, a recruiter approached Gary about the position at Blueprint. Even though he had never been to the Pacific Northwest, he packed up and moved to Seattle, intrigued by a young company with a culture of innovation and a desire to create the next big thing.

“In my first two weeks, the President was asking me for my ideas about the company’s strategy for working with my client long term,” Gary said. “I knew I was in the right place.” 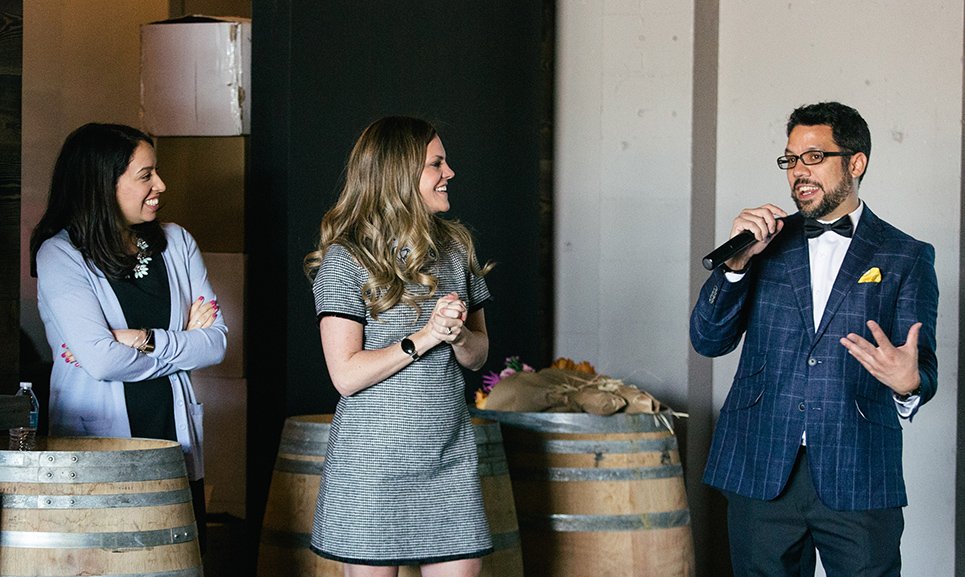 Gary is one of the real drivers of Blueprint’s Innovation Cup, a contest where Blueprint employees are encouraged to present fresh and groundbreaking ideas that may facilitate a new product or service. Gary pictured speaking at the 2018 event.

During his time at Blueprint, Gary has played an integral role in launching the experimentation and product arms of the company, leading to the release of both NASH and Conduit. He then established a proven framework for fostering innovation that Blueprint uses directly with clients. Known as Facilitated Innovation, Gary and his team design personalized, structured curriculum meant to uncover innovative solutions to business problems identified during a series of facilitated workshops.

“A client’s ‘Next Big Thing’ and the resulting disruption won’t just appear because they’re doing things incrementally better than their competitors,” Gary said. “It comes from being maniacally focused on solving problems in radically different ways, coupled with the fundamental belief that no matter what, we will figure it out.”