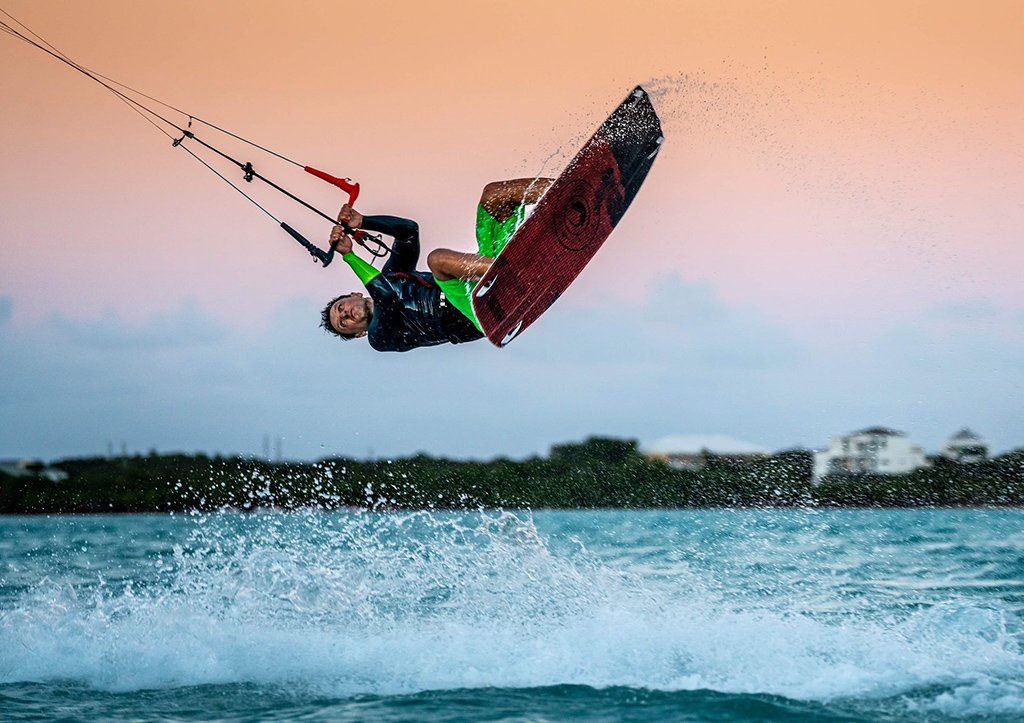 Claudiu is at home in the rainy, windy waters outside of Seattle, WA.

Hands clenching the control bar, Claudiu Barbura cuts his kiteboard downwind along the Everett Jetty pond, flipping into an inverted front roll with a tail grab. In this moment, Claudiu is not thinking about anything other than where the wind is taking him and what his next trick will be.

Kiteboarding is the escape from long days at work that allows Claudiu to relax, decompress and de-stress. He doesn’t watch TV. He doesn’t play video games. He waits for rainy, windy Pacific Northwest days like most others long for the sunshine. Kiteboarding is his outlet. When on the water, his mind is clear and he’s focusing 100 percent on what he is doing. By freeing up his mind in this way, Claudiu says he can turn around and be laser focused on his work, which is necessary for him to thrive while working in three time zones.

“The adrenaline kills all the stress,” Claudiu says. “I work early mornings and late nights in my role, but when it is windy, everyone knows I will be unreachable.”

Claudiu started at Blueprint Technologies in June 2017 as the principal development manager, becoming the director of engineering in 2019. While he now leads a team of more than 30 people in the U.S. and Romania who work diligently to build technology products to fill gaps in current technology, Claudiu is an engineer at heart and throws everything he has into delivering value as fast and efficiently as possible.

Growing up in communist Romania with an electrical engineer manager father and a mother who was a teacher, Claudiu’s parents pushed for excellence. While he was a junior high Olympian in math and physics, he decided he wanted to embrace the future: informatics. He began studying computer science in fifth grade and went on to earn a master’s degree. Growing up in Romania during the communist regime instilled a work ethic in Claudiu that is different than many who grew up in the U.S. He went to school six days a week and on Sundays had “patriotic duties,” so he would go clean up around the schools. In September and October, no children were in school, they were in the fields cropping potatoes and corn. 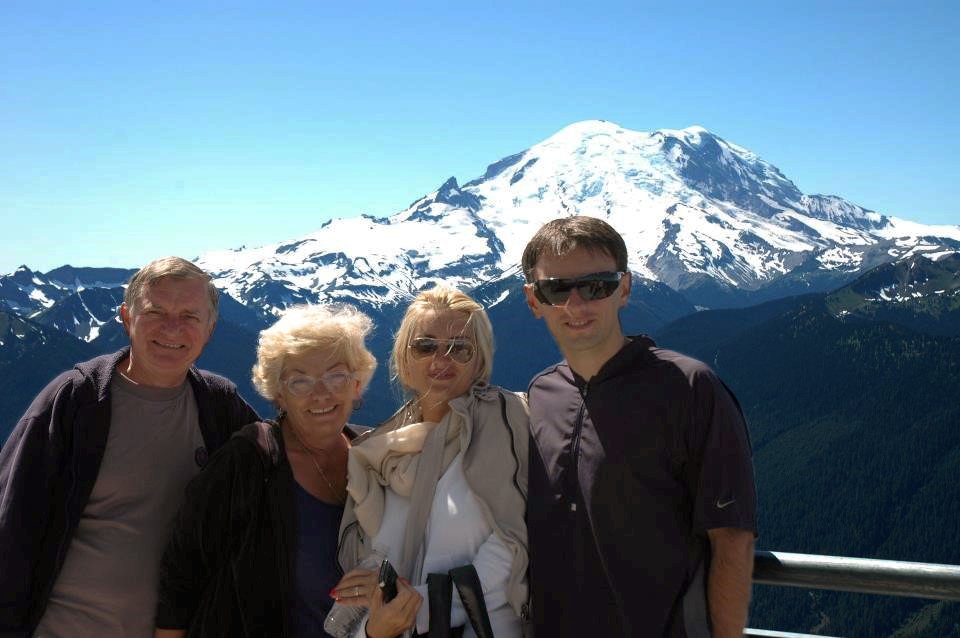 Claudiu with his parents and sister in front of Mount Rainier, WA.

Claudiu had planned on leaving Romania to go to Canada because with his informatics training and engineering chops, Canada would have allowed him to immigrate into the country more easily. But everything changed when he ran into an acquaintance at the airport who worked for a consulting company that worked with Microsoft. He told Claudiu they were hiring “like crazy” in Washington through the H1-B visa program.

“This was the dot-com bubble,” Claudiu said. “So, I started all the paperwork and in less than a year I was in Shoreline, not Canada.”

After working as an architect for almost nine years, Claudiu went on to two different start-ups where he was able to work on ultra-cutting-edge technology. He worked his way up the ladder, ending his time at Ubix as Vice President of Engineering. Unfortunately, the company didn’t make it, but it gave him the experience and insight to explore new opportunities.

Done with start-ups, he wanted to find a company that allowed him to develop products that would actually be used by customers. When he met the team at Blueprint, he was struck by the customer-centric approach the company took and was excited that what he built would be used by customers – the start-up world has a lot of innovation, but not much validation, he said.

Claudiu’s unique set of experiences made an immediate impact on product development at Blueprint. Since joining the company, Claudiu has grown his team from five engineers to more than 32 engineers and data scientists, divided into two divisions focusing on five products. Claudiu is extremely passionate about creating value. He is a master of productivity, time management and inspiring his team, but he is not the biggest fan of excessive process, which he feels stifles innovation in engineers.

With his passion, work ethic and productivity, growing the team and expanding Blueprint’s product capabilities came naturally. It is this unique skillset, background and diversity of thought that Blueprint looks for when hiring new employees. Building teams of people with diverse professional and personal backgrounds is key to Blueprint’s ability to build optimal solutions to any problem a company’s experiencing.

“My biggest achievement is that I’ve created customer-driven products that have actually been sold to customers and are available on the Azure Marketplace,” he said. “Working to solve problems for real customers has been an amazing experience.”